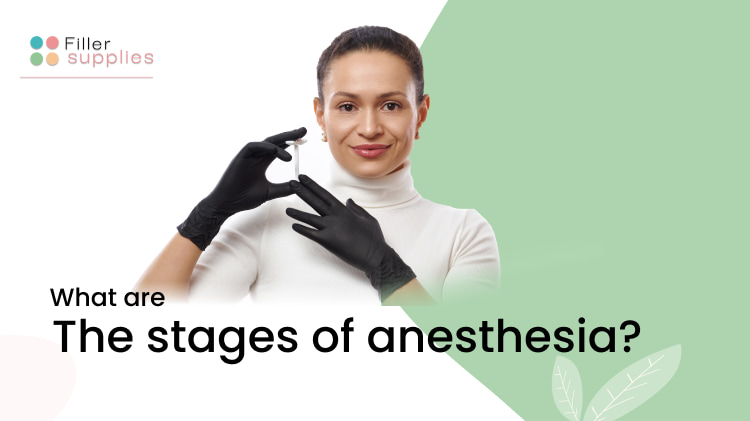 In the past, surgery was one of the most terrifying experiences a person could possibly face. Despite the best intentions of doctors and the overall benefits of the procedure, even something as mundane as visiting a dentist, not to mention more serious procedures, was nothing less than torture.

Lucky for us, in the 21st century, there’s no need to worry about experiencing any pain when surgical intervention is unavoidable. There are plenty of anesthetics to choose from that bring maximum results with minimum side effects. Still, it never hurts to know in advance what being under anesthesia is like.

What Types of Anesthesia Exist?

There were numerous forms of anesthesia used all around the globe in the past. In the 19th century, Dr. William T. G. Morton successfully used diethyl ether to let his patients feel little to no discomfort during the treatment.

The use of this inhaled anesthetic predated the development and implementation of the advanced agents we use today. However, diethyl ether as an anesthetic is now history, and there are other injectable, topical, and oral medications used to achieve a safe, “balanced” anesthesia.

Four Stages of General Anesthesia: What to Be Prepared For? 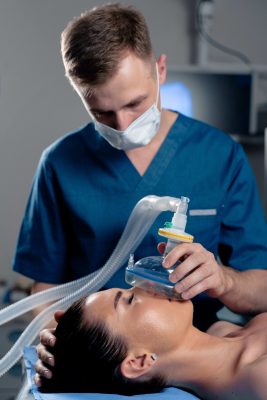 General anesthesia is a part of a surgical procedure that generates the greatest interest in people. There are numerous movies, TV shows, books, and video games that interpret the experience of people under this type of anaesthesia in a variety of ways. Often, it’s even represented as an out-of-body experience!

However, as down-to-earth as it may sound, the majority of things that people experience while unconscious can be logically explained by describing in 4 anesthesia stages.

The first stage of general anesthesia is called “disorientation” but the terms “analgesia” and “induction stage” are also used quite often.

The induction stage occurs right after a patient receives anesthetic medication and starts feeling the first signs of losing consciousness. During analgesia, it becomes harder and harder to focus on anything, including one’s own thoughts.

The disorientation stage can be compared with that feeling a person experiences when he or she is tired, yet can’t help but continue reading a book or scrolling to spontaneously fall asleep within a couple of minutes.

In the case of general anesthesia, however, a patient doesn’t fall asleep but experiences a loss of consciousness, which marks entering the next stage.

The next stage called “excitement” (or “delirium”) predates the stage of surgical anesthesia. Despite a loss of consciousness and an increasing depth of general anesthesia, a patient starts to move uncontrollably, and their heart beats faster than normal.

Delirium requires the special attention of anesthetists to a patient’s vital signs in addition to regular physical examination. Still, a person is highly unlikely to experience any breathing problems at the second stage of anesthesia, and an automatic breathing system won’t be needed until approaching stage 3.

When a patient enters stage 3, their reflexes shut down completely. Under surgical anesthesia, people don’t feel pain, can’t move, and don’t perceive anything.

The majority of patients don’t remember seeing or hearing anything during surgical anesthesia. However, some people report having vivid dreams and even being able to “see” the ongoing surgery from different perspectives. While these occurrences can’t be fully explained yet, scientists believe that such cases are the results of the brain sending strong impulses to the optic nerve, causing vivid hallucinations in many people.

During stage 3, respiratory paralysis occurs. With their basic reflexes off-limits, a patient’s airway patency is compromised, which requires anesthetists to switch the respirator on.

The main goal of an anesthetist is to keep a patient from entering stage 4. An overdose happens when an anesthetic causes excessive depression of the medulla oblongata (or brainstem).

This stage, however, can be reversed with the help of a respirator and cardiovascular support.

The main and the most obvious advantage of anesthesia is the fact that a patient feels little to no pain during the invasive procedure.

Speaking from a surgeon’s point of view, general anesthesia blocks a patient’s autonomic system reflexes and ensures muscle relaxation. This makes a surgeon’s work much easier, as it’s extremely hard to make a precise incision while being distracted by a person’s instinctive, uncontrolled movements as a result of painful stimuli.

What to Be Cautious About?

As generally safe as anesthesia is, some people may be allergic to certain components of the numbing agent. It’s vital to be sure that the risk of developing hypersensitivity is minimal before applying an anesthetic.

Lidocaine, for example, is one of the most popular and widely-used local numbing solutions in the world. However, there are plenty of people who have allergies to it and other anesthetics in the amide group (bupivacaine, etidocaine, and others). In this case, alternatives like diphenhydramine can be opted for instead.

As for general anesthesia, there aren’t many instances of severe consequences caused by an allergic reaction after an anesthetic is injected. The team of anesthetists will have all the required medical equipment and safety systems within touch to quickly respond to any possible complications.

While surgery still remains an unwanted experience for the majority of people, the advanced methods of using anesthesia make the process easier than ever. And, after learning about the main stages of anesthesia, the controlled loss of consciousness can even be an exciting experience in a way.

Anesthetics don’t only allow a person to experience minimum discomfort but also play a major role in maintaining public health. Knowing that excessive pain isn’t an inevitability that comes with surgery, a person with health problems is more likely to seek medical advice while the disease is still at an early stage and can be easily managed.

If a patient has no hypersensitivities to the anesthetic agent of choice, and the procedure is conducted in a reputable clinic, there’s hardly anything to worry about.