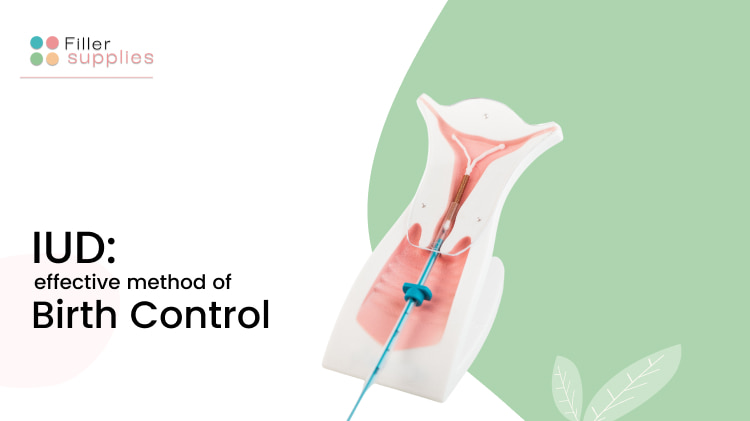 Intrauterine device (IUD) is the second most popular contraception method in the world. The first one is sterilization. At the present time, females have got more power over birth control than ever before. And the expectations are much higher. Women want contraceptives that are safe, effective, comfortable, and have fewer side effects. Modern intrauterine devices correspond to most of the requirements, and this is one of the main reasons why more and more females globally prefer IUDs over other available birth control methods.

The History of IUDs for Planned Parenthood

IUD has passed a long way of its development starting with the 1st IUD plastics (Lippes Loop, Spiral Маргулис, SAF-T-Coil, and others) that have appeared in the 2nd half of the XX century.

Adding copper to the device has proven to cause less vaginal bleeding and gave a beginning to the industry of copper IUD, which is an alternative to hormonal contraception.

After 1970, the manufacturing of copper IUDs has reached a quality new level with a larger amount of copper and fewer side effects. The most famous brands were TCu380A, ГТС-220C, Multiload-375.

In the 1980ies, the industry has experienced a sharp decline caused by the scandal and dozens of suits in the court. The reason for lawsuits was health problems in many patients (pelvic inflammatory disease, spontaneous septic abortion, infertility, and even death) caused by the IUD Dalkon Shield. Although just a single brand was implicated in the scandal, it damaged the reputation of this type of contraception. In 1974, Dalkon Shield was discontinued.

However, this incident had a positive impact as there were conducted dozens of studies and experiments allowed the development of effective, safe, and long-lasting IUDs that could prevent pregnancy for 2 years and more. This is how Mirena, Jaydess (Skyla), and other popular brands have appeared on the market.

Most of the modern intrauterine contraceptive devices contain either copper or progestin hormone for the prolonged pregnancy prevention effect. There are 3 basic types of IUDs on the modern market of contraceptives:

The first 2 types represented by  TCu380A (ParaGard) and Mirena LNG-IUS are the most popular in the United States of America.

However, supplemental copper and unmedicated IUDs are available worldwide. One example is frameless IGC (GyneFix), which is produced from copper pipes with nylon thread. Frameless IGC is available in many countries, not including the USA. It consists of several copper cylinders without a plastic frame, common to other IUDs. The frameless LNG-IUD is also in development. The early generation of frameless devices was associated with high rates of expulsion, but subsequent introducer systems for this anchoring device on the myometrium seem to have overcome this problem. These frameless IUDs are as effective as conventional IUDs and are probably more optimized for reshaping the uterine cavity.

Mechanism of Action Of IUDs

Scientists have examined various IUD actions for preventing pregnancy. Among them, we can distinguish inhibition of sperm migration and viability, changes in the rate of transport of the egg, and damage or destruction of the egg. Modern IUDs have 3 basic directions of action: on the sperm, fertilization, and endometrium.

In such a way, intrauterine devices provide almost 99% effectiveness in pregnancy prevention by creating the unfavorable condition for the sperm and spermatozoids mobility, decrease in the amount of fertilized ova, and thickening of cervical mucus.

Contraindication to Using the IUD

Considered one of the safest, hormonal or copper, IUD still has a few contraindications. Please note that the patient should not choose any type of IUD without previous consultation with the OB-GYN specialist. Only with a careful medical examination, the medical specialist may advise or forbid the usage of IUD contraception. Here is a list of medical conditions under which the IUD insertion is not recommended:

One of the greatest concerns of patients regarding using copper IUD or device with hormone progestin is the increased risk of ectopic pregnancy. However, being almost 99% effective at preventing pregnancy, IUDs show an extremely low probability of pregnancy, including the ectopic one.

Here we are speaking just about the side effects of hormonal IUD with progestin hormone. In the first 36 months, many patients complain about:

These are the main reasons many users of hormonal IUD remove the device during the first 3 years. The above-mentioned side effects are much less common among the users of copper IUDs.

The insertion of copper IUD after unprotected intercourse has proven to be effective in preventing unwanted pregnancy, while hormonal IUDs are completely not suitable for this purpose. At the same time, the patient should understand that either copper or hormonal IUD does not provide any protection from sexually transmitted infections and is more of long-acting reversible contraception for females with a permanent sexual partner.

Intrauterine systems are so popular in the world for good reasons: effective, affordable, comfortable, safe, long-lasting. However, the choice of perfect contraception should be made together with a medical specialist regarding all the benefits and pitfalls of each available option.

Except for the IUD, you can choose among hormonal implants (Nexplanon), contraceptive injections Depo-Provera), natural family planning, and other methods. The insertion and removal should also be done in the hospital by a trained specialist. Home usage can be health- and life-threatening.