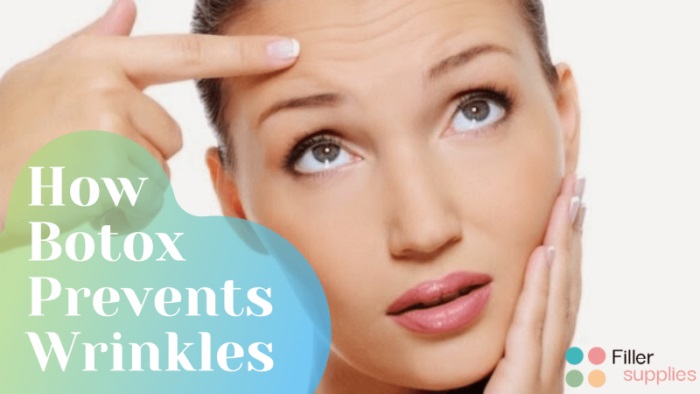 Botox has literally shaken the American beauty industry, gaining more and more admirers, and it does not look it is going to lose its popularity in the near future. And there is nothing strange here, as who would refuse from looking fresh and young without much effort? We are sure you heard about the wide use of Botox injections in cosmetology and therapeutics, don’t you? But in the present time, there is a fast-growing tendency to use the remedy for preventing wrinkles rather than treating them later.

Many people have already tried it or even use on a constant basis, and even more have heard about it, but whether really all of them know what it is. Actually, it is a toxic substance produced by a special kind of bacteria. When you come across such a name as botulinum toxin, be aware that they are talking about a base for such famous products as Botox, Dysport, Xeomin, and other their comrades.

As you may guess from the word ‘toxin’, it is a poisonous substance, which can paralyze or even kill if consumed in a concentrated quantity. The doctors noticed its unique ability to block nerve endings, and with a few years of experiments and developments, the world saw the new magic treatment, well-known now as Botox.

HOW DOES IT WORK?

The principle of its action is completely different from dermal fillers or mesotherapy procedure even despite the fact it is administered in the form of injection. When the solution is inserted inside the skin tissues, it reaches the nerve endings and acts as a blocker, preventing the nerves from receiving the signals. They become insensitive. The muscles relax and do not contract anymore, being unable to form wrinkles. Keep in mind that it does not provide any other beneficial effects like adding volume or nourishing the skin. Its main function is eliminating the wrinkles and folds by preventing the muscles from contractions.

HOW BOTOX MAY PREVENT WRINKLES?

Previously, Botox treatment for wrinkles was extremely popular among men and women from 30 to 50 years old, but recently, the cosmetology clinics receive more and more patients who are in their late and even early twenties. It is explained by the sensational news that it is highly effective in preventing wrinkles. Is it really possible, and if yes, how?

Won’t you agree that to prevent signs of aging is much better than dealing with real wrinkles and folds? That is what its young fans may reply when they are asked this question. In general, even if you are twenty-five and do not have actual wrinkles, there are already visible lines, which indicate the aging signs. In most cases, these are barely noticeable crow’s feet, marionette lines, wrinkles on the forehead – the muscles, which are most active during different facial expressions.

As in the case of using Botox for wrinkles, it acts similarly for their prevention. Blocking the nerve signals and relaxing the muscles, it does not allow them to contract. If the young skin has enough of resources of hyaluronic acid, elastane, and collagen to correct appeared creases on the surface of the skin under eyes, around the mouth, or on the forehead, with age, these resources will decrease, and more clear wrinkles will appear. The conclusion here is the less your muscles move and contract, the fewer wrinkles and folds reveal your real age.

IS BOTOX FOR ME?

Despite its incredible effects described above, this remedy is definitely not for everyone. Considering the medical points, the patient may be allergic to it, and the consequences may be deplorable. It is also not suitable for pregnant women or breast-feeding-mothers. Due to its ability to migrate from one area to another, it is not fully studied how it may affect the baby. The doctors also cannot give any guarantees on its reactions with other treatments and medications, while alcohol is strictly forbidden. The patient also won’t be able to undergo the procedure if his/her age did not reach twenty years.

The last point to consider is a quite high Botox injection cost. Depending on the Botox wholesale suppliers, it may vary between $800 to $1000 per package. It would not matter so much if the effect had a permanent character. As in the fairy tale about Cinderella, you will look like a princess just some time, and it to be more precise, from six to eight months. As long as these months pass, everything will come back to its usual condition.

As you may see, Botox indeed may serve as a perfect remedy for the prevention of the aging signs. If to do regular re-injections, the patient will notice much fewer wrinkles and folds in the mature age in comparison to those who did not take any preventing measures. If you are looking for any drug stores to buy Botox and fillers near me and fail to find it, you may always purchase Botox online at PDCIOsmetics.com at the best price on the market.